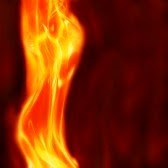 [In a chamber on the topmost of the Aerie Tower,
There stood Erather holding a flower.
He caressed it while dreaming on his own,
Thinking and dreaming of the way he had grown.

The last of his kind,last of the Archmages,
The last after so many days,months and ages...

This world feels no regret in their mistakes,
Feeding so selfishly and cold as if snakes,
I ask of you dear Gods of the skies above,
What is there here more to solve?

[A moment of silence,
The flower with colors of violence,
Was set floating above,a bit only higher,
Before turning into dust,as it soon burned with fire.]

I see flowers still anger the soul in thee.

What a pity,they are truly wonderful creations.

Come forth Metira,for I sense your presence near,
Or I'd strike you were you are,even though thou is to me dear.

[Another moment of silence,
And something came forth,with no need of guidance,
But with a need to its soul,
As flames were rising to create the body,slowly making it whole.

Five steps separated the now,two figures in The Tower,
A flaming figure and it's host,
Both waiting calmly for the other,
As if it was there and then,and never another.]

I went to sleep and suddenly felt the torment in your thoughts.
I would normally go through them and see the cause,
Yet this...this seemed to different.

What is it my dearest of all beings,
Has The Council not gave reason to your words?

I wish they'd all burn through an entire millennia.

That bad,I suppose?
Well,The Council was never as bright as it claims,
As it never took measures and never ended with the blames.

We are not the kind to be deceived by such treacheries,
And thus we feel no regret to what simple mortals do or choose.

[Strangely,a tension grew between the two,
As if the words themselves were the mask for a battle.
The young mage turned,with a flicker of hope,
And ended sitting straight,holding with both hands a globe.

He stood with the most strangest of objects in his hands,
And gazed,if possible,within the burning flame that covered it.

He stood there,silent and quiet,
His face showing shock,as if witnessing a riot.
Then,with a flicker of his hands,the globe dissipated,
And as he rose his head,the look,was now of something anticipated.

A figure made of smoke and flame stood before him.]

There is more to this tale then I'd care to tell...my dear.

[The flaming body's face,for indeed it had a face,changed it's form,
Turning slowly from a picture resembling confidence,
To a desperate look of violance.]

Then if thou care to tell me not,
I believe silence should be at hand.
However,do remember that your Council is merely a dot,
And that none should do as they demand.

[Erather shook his head for he did not wish to believe,
The fragment he had seen in the globe were bits he did not conceive,
For how was he to love another that was slowly dying,
When all that came was a fountain left crying?]
Publicat de Guitar Guy la 13:08