Ola everyone,hope your summer has been at least great so far.
So this is one of those posts,where I use the real stuff both as an inspiration as well as the main subject/theme. 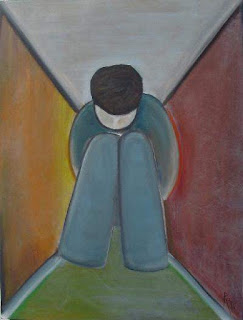 You want to know how I feel?
Do you really want that?
Well if indeed that is what you wish,then here it goes:

I feel...I feel as if I'm torn apart.I feel an itch which I can't scratch,a small but potent flame that burns me within.I feel it everyday,and even as I pray for the pain to go,no matter how hard I try to tame it or at the very least to rid my thoughts of it,as soon as night falls,it always haunts me.

I can not move as I'd wish nor smile as I did before.

Why oh why indeed...

I've got memories to which I cling onto,and as I once wrote on this very blog some years ago:

"A shadow of the past,
Living in the present,
Yet waiting for the future."

I know that time heals all wounds and that every end is a new beginning,yet I still wonder "What if...?"

Am I fool for feeling such things?
I guess only time will tell indeed whether that would be the case or not.

Until then,I sit on this very bed,smoking a cigarette,awakened by a dream,with the need to explode. 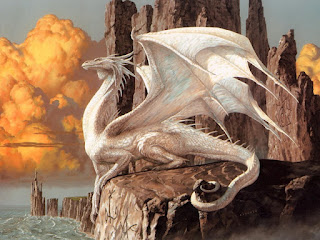 [On a cliff way upon the Snowy Mountains,
Near the Sea of a thousand fountains,
There he stood sipping the storm,
Feeling weak,in his human form.

He watched as the storm was being uncovered,
And yet covering the plain of water.

He watched the steep peak clash with the fury of the waves,
And although he could hear the bits of rock falling apart,
The mountain kept its stand,rejecting the seas embrace.

He stood as if struck by lighting when his hand was caught by another,
A moment of patience and the warmth was spreading,
And his eyes lit as thunder spread its shadow,
And thus she spoke:   ]

Fear not dear for I shall bury you,
Just as the ground burries those who are loved,
Fear not for I shall be your one and another,
Just feel my warmth and surrender your pain.

[As the final words were lost along the wind,
A tear fell from the ancient dragon, now human,
And as lightning struck again,
The cloudes fled and the sun was once more]

I know what it is that you seek underneath,
Yet look for it closely deep down beneath.

Stepping in the storm 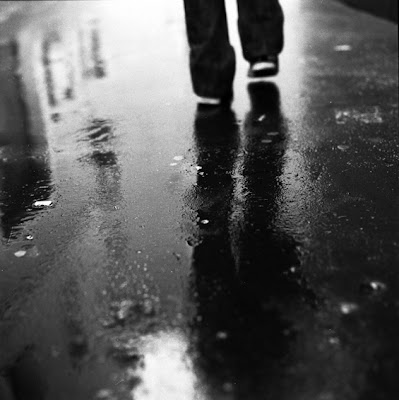 (On the last step of the front staircase leading in the house stood Griffin,with a cigar in one hand.
He was smoking slowly and deeply,his glasses aimed towards the sky,watching the tiny drops pour from above)

-You reckon it's cold outside?

(Marriot stood in front of the door with a warm blanket covering her body.
A strange feeling tickled her body as the question was said.)

(Another long sip of the cigarette and a bright flashing light surrounded by smoke showered his face.)

-If only it were warmer inside,but it isn't.Franly,if you asked me,I'd say it's hotter over here where I'm standing.

(She let a silent gasp)

(Halfway through the cigarette another flash of bright red light arose)

-Well would you rather sleep out here?

-Given the choice,I'd probably say yes.

-Actually,I was planning on taking a stroll down the lane,and upwards to city center.

(The cigarette was almost finished)

-And then....I think I'll just carry on.Would you care to join me?

(She froze.His words were a mask and she knew this was a test.Considering how serious and determined he seemed,it was probably the final test)

-No,it's too cold for me.How about I wait for you inside?

(Griffin sipped the last smoke out of the small burning piece of paper.As he threw it in a small pond that had appeared in between his feet,he said)

-How about that indeed...

(He rose on his feet and straightened up.
He walked 'till he was an inch away from Marry's face,and gently kissed her cheek.

-I hope you know...I did love you,I always did,all this time.

(And immediately,without waiting for a response,he turned his back to his wife,and strafed right in the rain,as if guided by a path only he could see.
He was on his road,on his own,once more)

P.S.:
Whenever guided by a light,
That light always used to shine bright,
And it always led him back home,
Always led him away from the storm.