[It's the name of the song,but what's done,must be done.
There are no metaphors,there's no secret in my verses,
It is my own,and our farewell,
It is the hammer that strikes.] 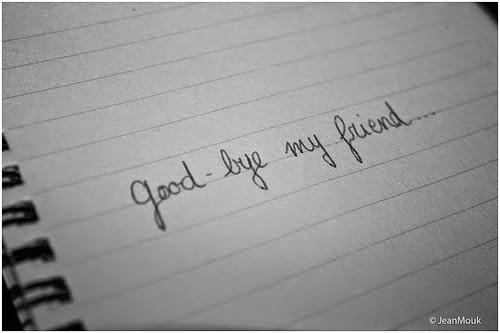 In an ancient time,I remember of a version,
A time filled of joy and purity,a time with no diversion.
I remember all the laughs and tears alike,
And I remember it all,so just like...

There's no more hiding anymore,there's no secret to us,
We've done what we thought right,but now we've missed our bus.

We've had our smiles in the nights,
We've climbed on so many different heights,
We've had and we shared,
We've stumble and we teared.

We failed some time ago,and still gave our best,
We gave it all without caring for the rest.
We've built and now we broke,
We've did it all with each and every stroke.

I write these in thy memory,in thy sake,
May you have your peace as you sleep or lie awake,
May you find comfort in your own care,
May you see love in the eyes in which you will stare.

I thank thee,the last that saw the pure light in me,
And I wish you'll hold it dear to thee.
I hope for the time when we both smile with no remorse,
For when we remember,of the bright white horse.

It's not easy putting such things together,
And I do it now,hoping for the better,
For it's plain to me,like the sunny weather,
That what was once in heaven is now nether.

Pay your own tributes to the past,
Pay them if you must,
Let life invade our blood,
Turn it into good or mud.

You (and all we were once) 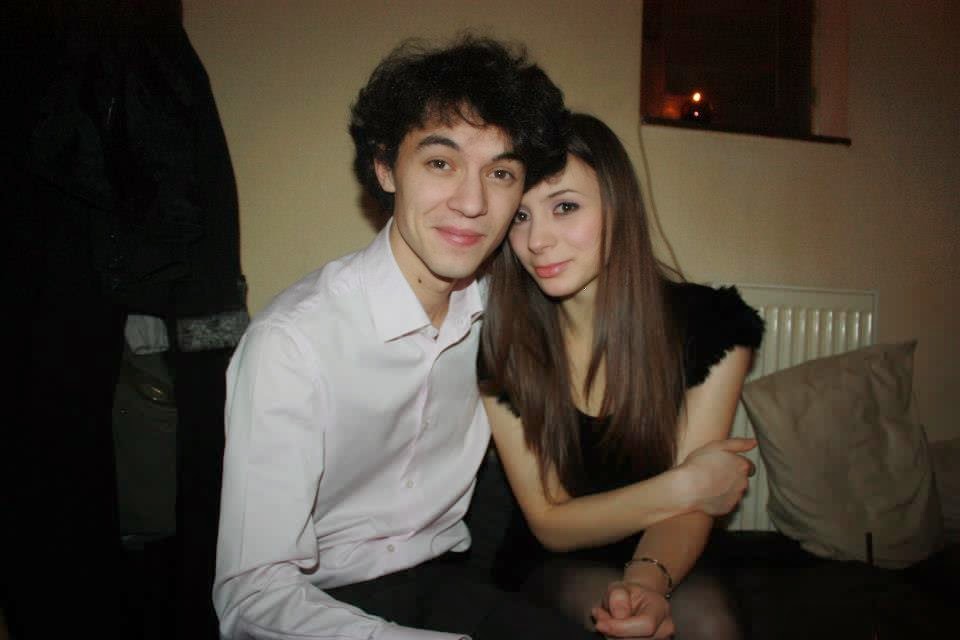 P.S.:
We've learned a lot from what was nothing,
We made it all,we turned it into something,
But now,I'd just love to leave all pain behind,
And see the joys of life,come back,in time.

I remember everything as if yesterday,
I remember it all as if it had happened today,
But I won't let the memories of our loving past,
Be the judge of what was last.
Publicat de Guitar Guy la 16:36 Un comentariu: 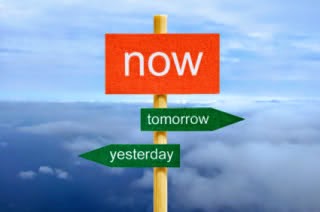 They say that even demons should repent,
That they should listen to their souls,
And carry out that which they did not whilest alive.

I'd laugh in those people's face.

You see, there's a monster within us each,
Since we all share the same fortune.
We...feel.

You know as well as I do,
You've felt joy,you've felt hate,
You've felt the same feeling that took you to the brink of destruction,

And yet we all managed,
We healed,we let the door open,and thus,
This is how we function.

In our love and in our minds,
'Tis where the wind intertwines.
Not merely a simple breeze, but a hurricane followed by thunder,
It devours everything,searching,as if a hunter.

We are merely humans,living for the present,
Shattered from the past,
Bewildered by the future.

And yet...I refuse to obey a rule,
To obey the masses and all the social classes.

I live not because of what others think,
But because I survived and will continue to survive.

I love not because others approve,
But because my heart skips a beat when I see a certain face.

I care not because others ask for pitty,
But because I remember my own pain,and feel it still.

There's no tommorow,there's no next week,month or even year.
There is but now and what we do with our own time.

Influence:
Florence + The machine- Over the love

I've seen that which hurts the most,
Yet my judgement is as it stood before its host.
I could see it in your eyes,
Yet even the strongest it seems,can slowly die.
Publicat de Guitar Guy la 17:01 Niciun comentariu: 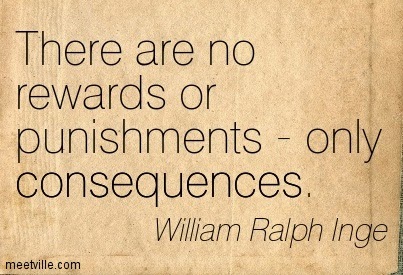 There's a meaning in all,
A meaning that even the blind can see,
Like the lone elephant crashing in the glass hall,
It's what life's about,it's the " that's how it's got to be".

Yet the choice is always upon us,
And what a burden it can be.
The narrator will always make you pick between the two doors,
As if they both are the same,as if it all,were merely a game.

I know all to well what it means to choose,
To follow one door and close the other,
And while life may win at it's very own game,
I can't but feel sorry for the unfairness.

As any choice in life,it's tale must be told,
With many more choices soon to follow,
Yet know now,you will always be remembered,
As the itch that everyone has,the "what if" that humanity builds upon.

I bid my forgotten a deep farewell,filled with sadness,
As no choice can ever be forgotten,
As can any be undone!

Inspiration:
Celine Dion-Because you loved me

The reason for which the tale could never be completed,
Was only because Erather was always meant to die,
And since all good tales should end with a happy ending,
I pray that when that moment comes,that they at least died together.
Publicat de Guitar Guy la 12:00 Niciun comentariu: 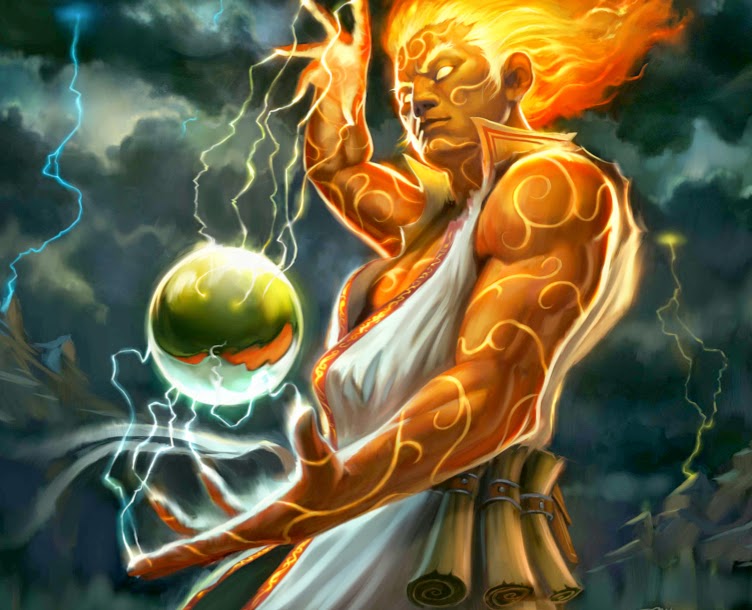 [The entrance lay unguarded but by vegetation,
Burnt,for the dragon was known to spare none and nothing.
A path of complete isolation awaited the last mage,
The end was anything but near...

I watched him of course,for mother had wanted me to do so,
And could see all the hate and fury that had been building inside of him.

As I followed him,undetected,as a shadow follows its master,
I could hear faint whispers from within the dark...
Yet no,he conjured a sphere of fire,
And the darkness was no more.

It was then that I had realized,
That the faint whispers were not from deep within,
Rather,he was talking,mustering himself.

Endless night,
Come forth and greet the light.

You robbed me of everything,
Stole the last bird that could sing,
Drowned me and then poured some more,
Until at last,you filled my heart with sore.

Miserable and pathetic creature,I know you do not understand,
But it is this night,the moment for your kind to end.

I was surprised obviously,since I had no recollection that father had such power.

Ohh dear,father is trying to find his balance,
Grasping and trying to hold tight to the cave's walls.

If it is not him the one causing this,then who...]

Now do tell me human,
How is it that you plan to kill that which is immortal?

Apparently the legends and rumors were true,
The mighty dragon was still drawing breath,
And it had lived here all along,
Deep within the Misty Mountains.

After hearing its voice,the mage came back to his sense.
He no longer stood shacking,trying to maintain balance.

Instead...
Father was smiling.]

You see,you rotting,miserable, old worm.
If I no longer have reason to live,
Then I no longer care for my life,
And by not caring,
I refute the very idea of limits,
And because of THAT...

You will feel my pain,even if it kills us both.

[It was then that I witnessed why mother spoke so great of him.

I withdrew a couple of feet back,almost knowingly,
Although I was anything but prepared for what awaited.

He took a deep breath,eyes shinning even brighter than ever before,
And as the air exited his lungs and flowed amidst the cave's stench,
He quickly fell onto one knee,his fist tight,slamming the ground.


...
The air grew hot,
The ground blew up,
All the walls that had surrounded us,
Vanished behind the veil of scorching flames,
As if hell itself had brought them there.

All that lay remaining,
Were father and a dragon.]

Impressive,yet insufficient,
Although I must congratulate you for,
Shall we say finding your way through.
I was worried I might fall asleep until you got to me.

[Levitating and breathing heavily,
Both fists closed,shacking with rage,
The last mage seemed to have already decided...]

Insufficient you say?
By the gods I haven't even begun yet.

Wait until I'll rip through your scales,
And on your skin,I shall leaving soaring blood trails.

Wait until you gauge my wrath,
For I will so much fill this mountain with fire,
That you'd believe it had always been this way.

And what if you fail?

THEN I WILL MAKE SURE THAT MY FAILURE MARKS THE END OF YOUR TIME.

Still,you refused to see it.
You blind yourself with arrogange.

[And with a smile on his face,
He charged towards the mighty dragon]